On October 7, 2001, the United States officially started war in Afghanistan. By the time the last American soldier withdrew from the country on August 30, the war had lasted 19 years and eight months, with a total cost of over $ 2,000 billion, as well as the lives of approximately 2,500 soldiers. and 71,000 civilians.

What was the real goal?

The official reason was to fight terrorism. After the Afghan Taliban government refused to hand over the leader of the al-Qaeda terrorist group, Osama bin Laden, the mastermind of the 9/11 attack, US President George W. Bush declared a “war on terror.”

According to him, the war in Afghanistan was “part of the global campaign against terrorism” where American soldiers took legal action to defend peace and freedom so that “people around the world live and raise their children without fear.”

But after Bin Laden’s murder in 2011, many began to question the main mission of the war as the United States chose to stay and turned to exporting its democracy to Afghanistan. 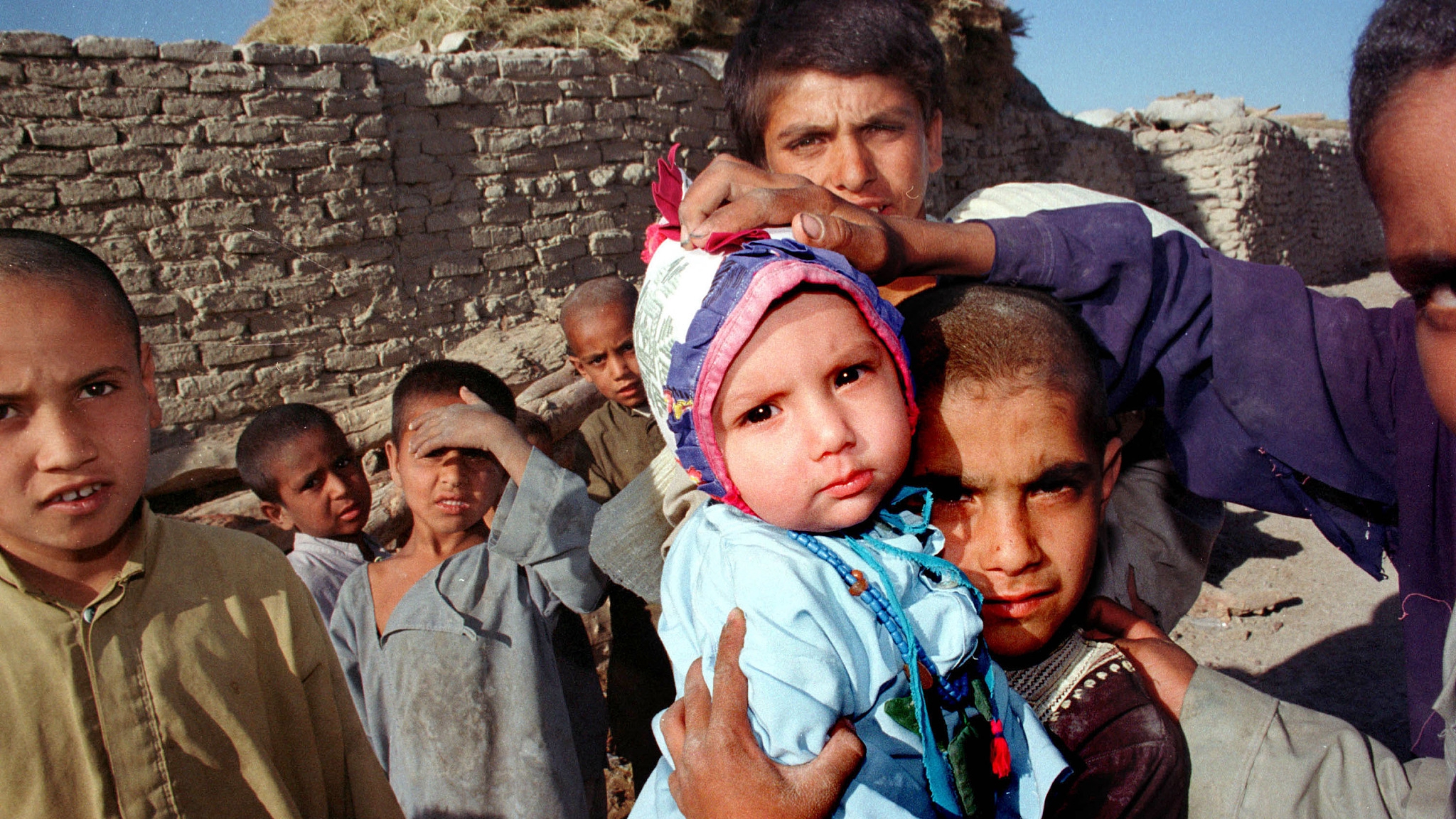 Afghan refugees crowd the border between Afghanistan and Iran. / CFP

Afghan refugees crowd the border between Afghanistan and Iran. / CFP

From a geopolitical point of view, Afghanistan sits at the crossroads that connects Central Asia, West Asia, South Asia and East Asia. For this reason, the country is historically known as the heart of Asia and a vital hub for Eurasia as a whole.

Given its unique strategic position, researchers have suggested that the US occupation of Afghanistan reflects Sir Halford John Mackinder’s “World Island Theory”. Mackinder, known as the founding father of geopolitics and geostrategy, saw Eurasia as the heart to take if one wants to rule the world.

Based on the theory, once the United States brought Afghanistan under its control, Washington would be able to “manage” Eurasia and dominate two of the three most advanced and economically productive regions in the world.

Feng Shaolei, director of the Center for Russian Studies at East China Normal University, believes that by controlling Afghanistan, the United States can extend its influence to regions such as Central Asia, South Asia and the Middle East in order to be able to change the original order of Eurasia. 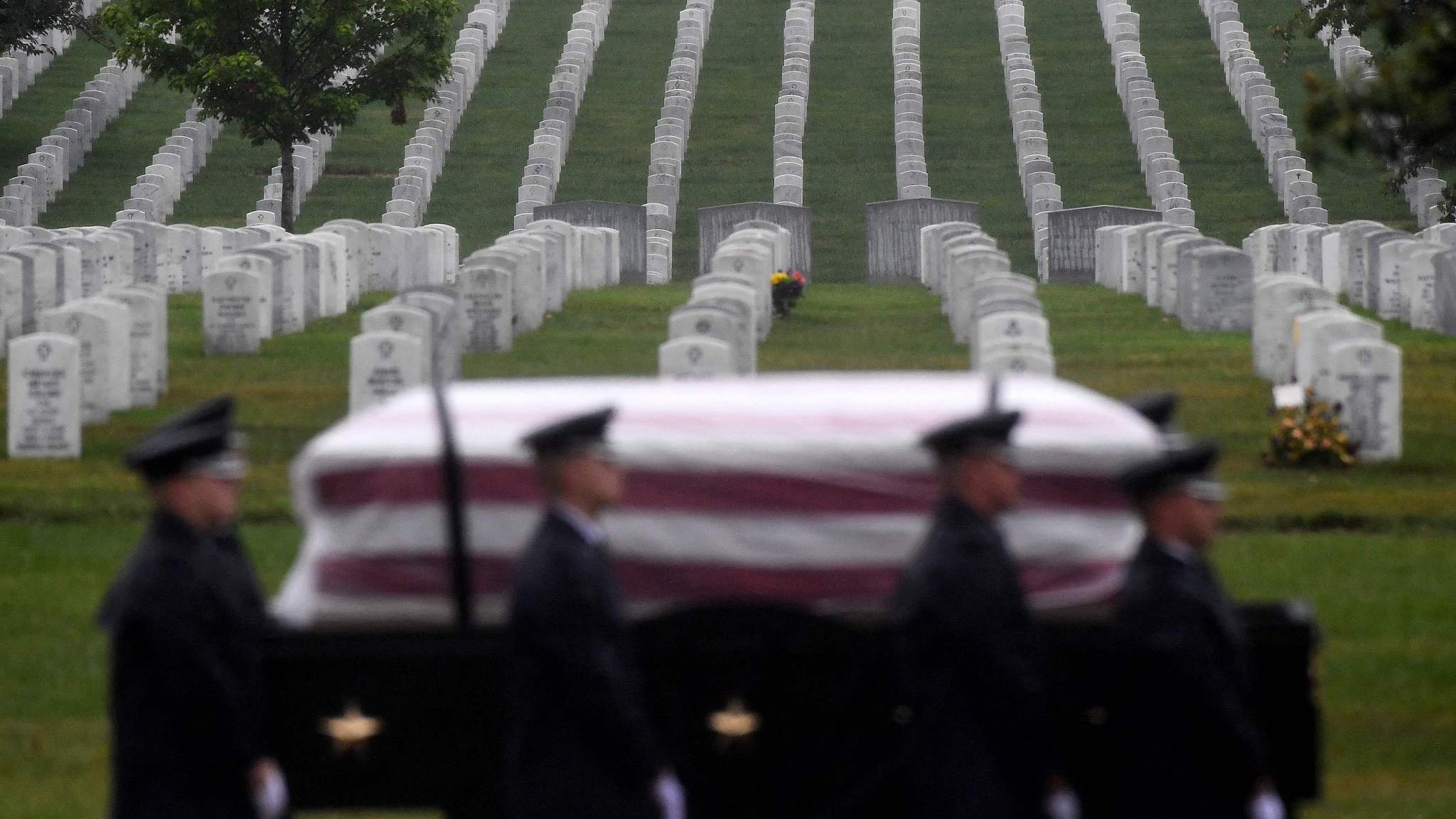 Members of the Old Guard stand beside the coffin of an American soldier during a burial of military honors ceremony next to Section 60, the section of Arlington National Cemetery reserved for those killed in wars in Iraq and Afghanistan, Arlington, Virginia, Aug. 16, 2021. / CFP

Members of the Old Guard stand beside the coffin of an American soldier during a burial of military honors ceremony next to Section 60, the section of Arlington National Cemetery reserved for those killed in wars in Iraq and Afghanistan, Arlington, Virginia, Aug. 16, 2021. / CFP

An attempt to export democracy

Besides geopolitics, Feng also viewed the US occupation of Afghanistan as an attempt to “transplant” the American style of democracy through war.

The United States destroyed Afghanistan and rebuilt it with Western political systems. In doing so, the Americans hoped to integrate the country into the so-called liberal international order, Feng noted.

Others believe that the US invasion and occupation of Afghanistan is the result of the country’s interventionist foreign policy.

In an interview with CGTN, Martin Sieff, senior researcher at the American University in Moscow, said that US foreign policy in the past has acted as a “pendulum” swinging between isolationism and interventionism.

The 20-Year War in Afghanistan came at a time when the United States was struggling to impose its values ​​and beliefs on other societies, Sieff said.

He compared the US intervention in Afghanistan to “medieval crusaders in Europe”.

“Their main crusade was against the Muslim world at the time. But if they couldn’t crusade against Muslims, then they fought against Slavic Orthodox Christians in Eastern Europe, and they invaded them instead, ”Sieff said, adding that the mentality of crusader in Washington is directed against China and Russia.

From the British Empire to the Soviet Union and then to the United States, outside forces have dominated the construction of Afghanistan for the past century. They imposed their vision of development on the country and, thus, made the country a testing ground as well as a mirror that reflects the real situation of the international community.

Now, with the complete withdrawal of American forces, the fate of Afghanistan has finally returned to the hands of its people. It is worth watching that Afghanistan can overcome its geopolitical curse and find its own development path.